Just when you think you’ve done the hard bit and the easiest and most hassle-free part of the journey is now ahead of you, the dramas begin to unfold…

Ian left 3-Mile Camp/Tombstones yesterday afternoon with what seemed to be pretty steady and gentle winds ahead. Then about 20km north of Gnaraloo Bay  the wind went a bit crazy, changing directions — even a near-180 degree shift at times to northerlies, with the gusts whipping the kite about madly. I didn’t ask, but I’m guessing that he was flying the 19m at the time. The gusts worsened, swung southerly again and he began getting yanked about as the wind ramped up and down.

At this stage he’ gone too far to head back to Gnaraloo, so with no choice but to continue, running pretty much straight downwind — ironically, one of the most difficult directions to deal with  on a downwinder when it gets gusty, as you’re constantly getting yanked along, outrunning the kite and forever trying to keep the kite from falling out of the sky.

Late afternoon an extra-strong gust ploughs into the kite, blasting the harness apart, ripping the whole rig off, taking the kite, harness, bar line and the leash — and leaving Ian behind, floating with only the board.

He does his best to swim, towing the board,  towards the kite and the rig, now in the water several hundred metres downwind.  After a considerable swim, he’s still roughly 500-600m from the beach at this stage — he manages to catch up with the kite, harness, bar and lines, but because the harness has been ripped apart, he has no way to re-attach the harness. He’s left with no choice but to relaunch the kite (yes, you CAN relaunch a foil from the water!) and try and work his way across the wind back toward the beach, unhooked.

After relaunching the kite, even fully depowered, it’s nearly impossible to hang onto it with the gusts and no harness, as the only way to fly is hanging onto the bar with one hand and holding the chicken loop with the other to keep it depowered as much as possible. (remember, his harness has been ripped apart)

The kite goes down a couple more times, Ian relaunches it, finally having to hold onto one side of the bar and kiteloop it over and over to make some downwind progress without losing hold of the kite.  After all the up and down action, at some stage the spreader bar disengages from the harness and is lost.

After some time (remember, wind here is straight cross-shore so you’re getting pulled along the beach, not toward it) Ian manages to edge enough to kite along the beach another 24km (without a harness) where, just before dark, (640pm according to he GPS), coincidentally, he encounters a young bloke, Joey, who’s been taking photos of him — and turns out to be a kiter!

Joey’s camped nearby and Ian attempts to contact the crew, but to no avail.  Joey offers Ian his extra swag and some red wine and before long the red is gone and they crash out.

Turns out that the crew vehicle has had TWO flats while trying to reach Ian, so they were unable to make it to the camp.

This morning, Ian has tied up the harness with some rope and (I’m assuming) has fashioned some form of a make-shift spreader bar that’s allowed him to continue kiting. He’s launched as the wind came in, kiting the remainder of the distance to Coral Bay to await the arrival of the support crew. 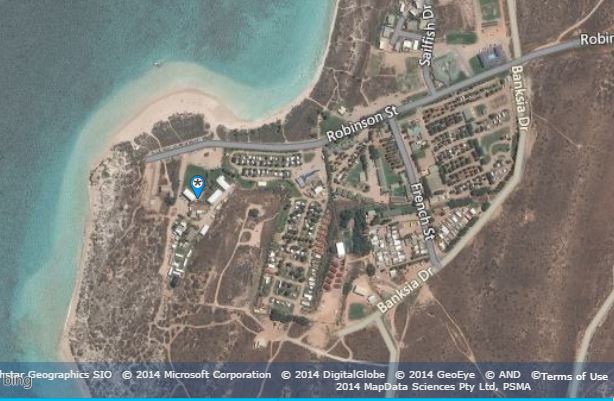 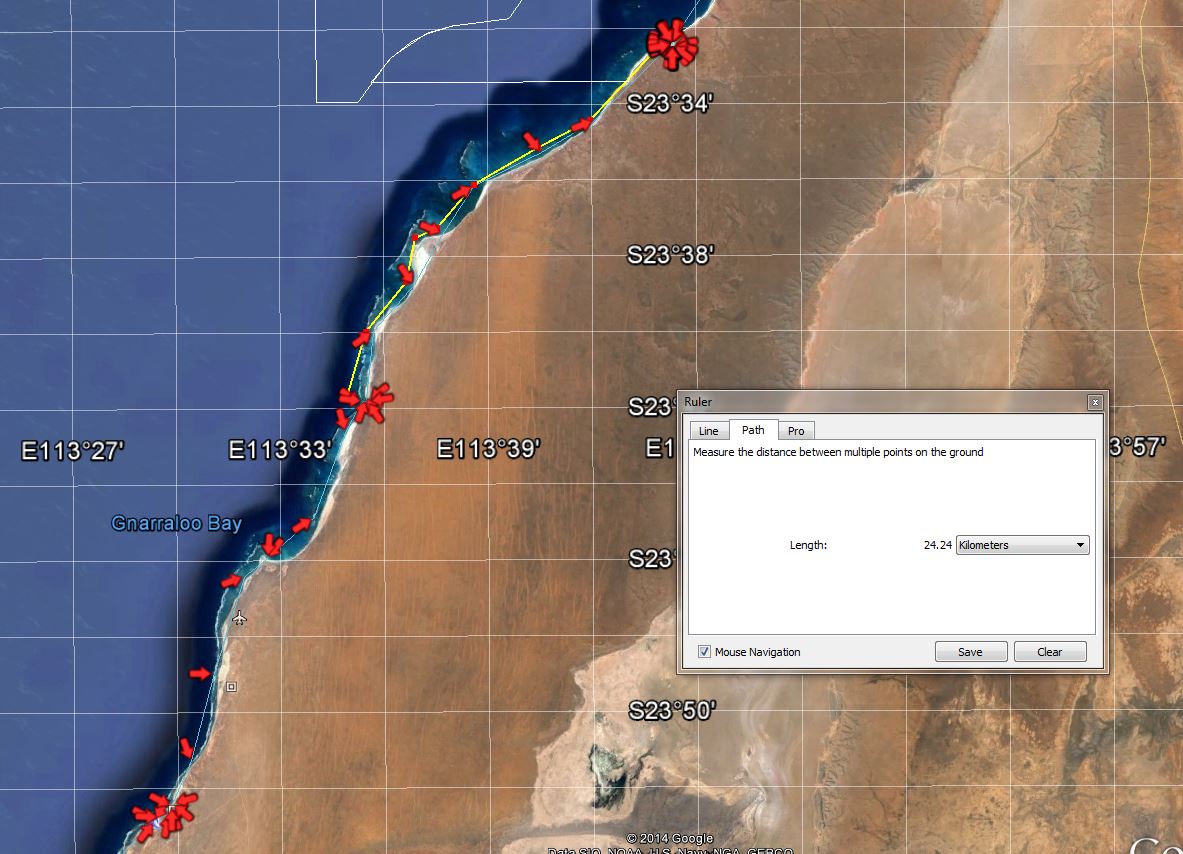 One thought on “Coral Bay — and a few dramas…”