Is Awesomeness even a word?! It should be and in the oxford dictionary they should simply put the link to this video!!

Cheers Marty for sharing this on FB. 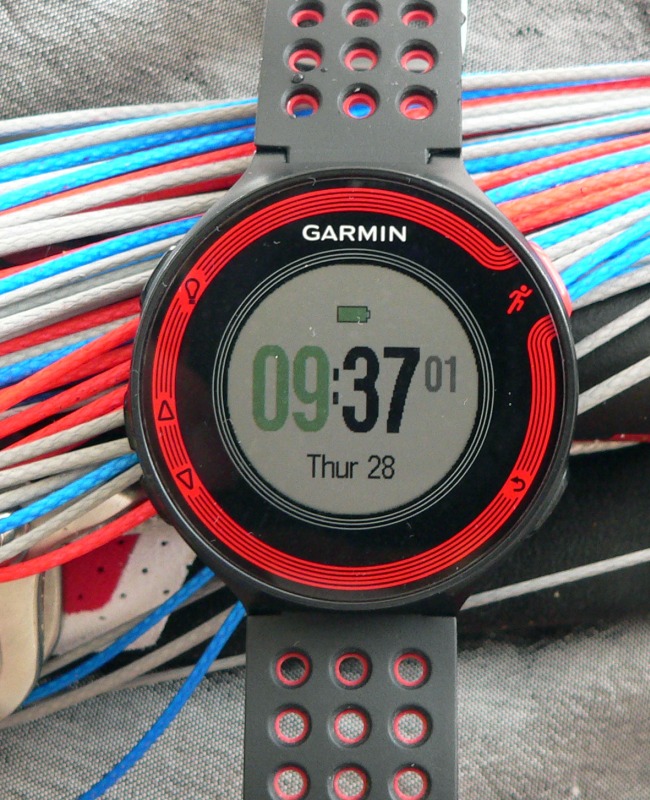 Colour: Comes in a manly red or cute girly purple. 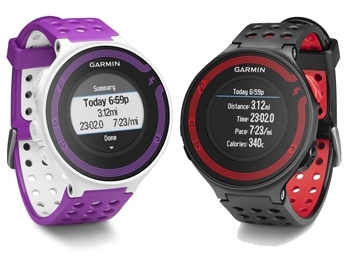 As a keen kitesurfer I’ve been on the lookout for an affordable waterproof GPS Watch for a while. The big challenge is that most of the affordable GPS Watches that have become available in the last 5 years are only “water resistant”. Which just isn’t good enough for kitesurfing. However Garmin have now introduced two GPS watches that are finally waterproof and aren’t going to cost you an arm and leg.

I’m a kitesurfing fanatic, but I also enjoy running, cycling and swimming, so you’ll see some comments in the review about this too. 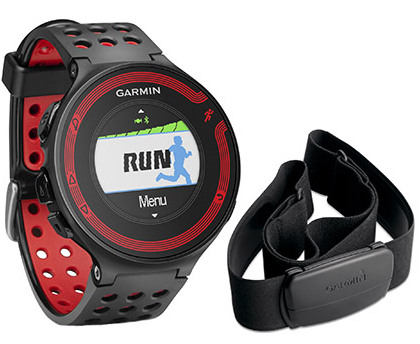 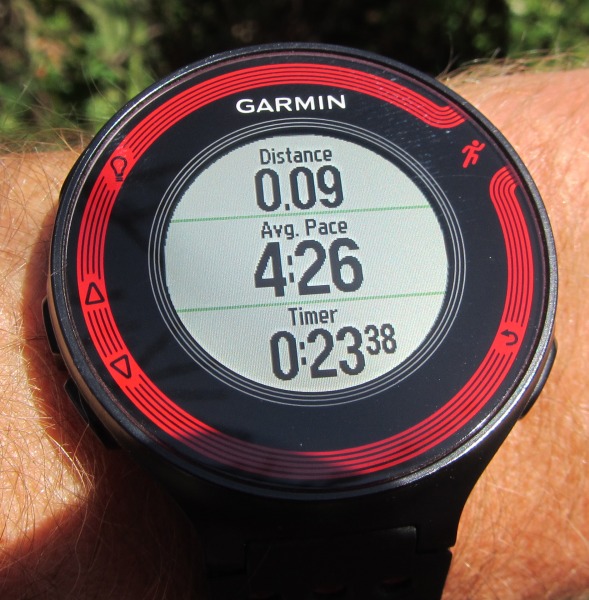 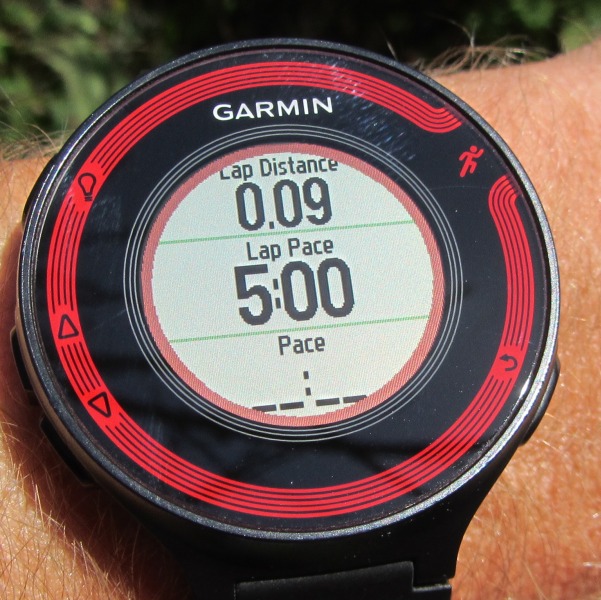 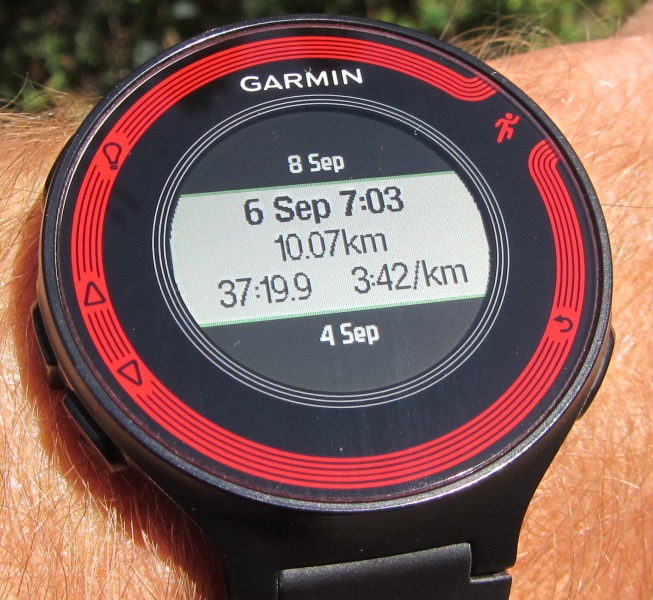 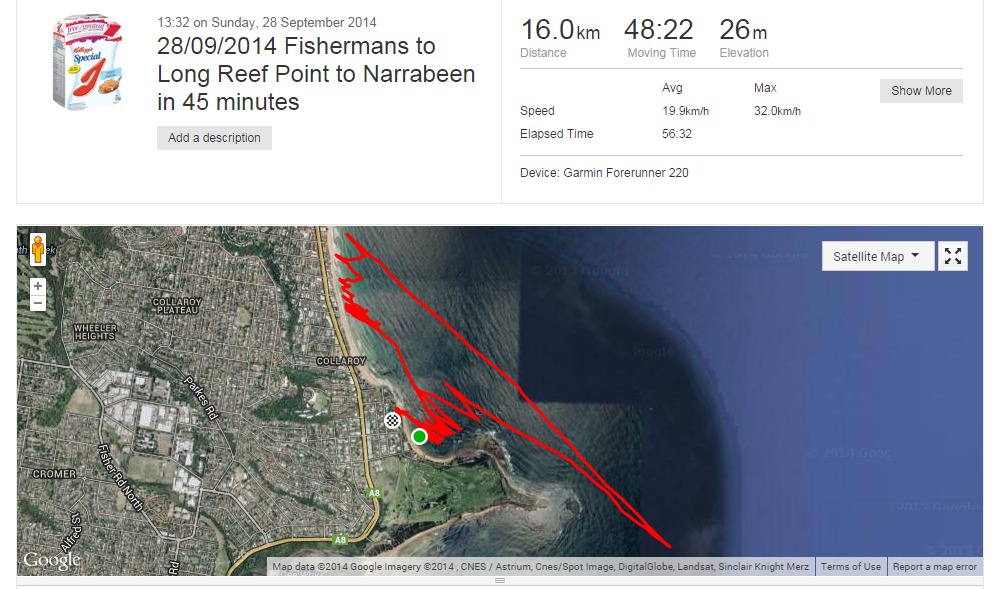 Check out this awesome video. It took me a while to find where the bar was but it shows at the end. Looks like this poor chap has binned the safety and the bar has got caught on the post pulling it into this loop. It’s a long video so FF maybe your friend.

For those people curious as to why it didn’t snap a line sooner, and for those people that want to learn more about looping kites safely this is whats happening. When the kite is looping for the first 19 off minutes, notice how the kite isn’t actually flying anywhere, its looping inside its own length so it’s not generating any apparent wind and is pretty much stalling itself, then all of a sudden towards the end it starts opening up its turn and really starts whipping a good loop, that is where the power of the kite loop is being generated! A few mins of that and something had to give and sure enough a line snaps ending the almost comical 20mins of looping and probably saving the kite.

anyway, here is the vid..

For most of us in WA, it’s been since about Easter that anyone’s had a kite.  I must say, moving over I didn’t realise how infrequently there’d be any any kiteable wind through the winter season. You’d usually be expecting the sea breezes to start trickling back by about mid-September but no sign of that happening yet. But we do have a winter weather system moving through from tonight that will push some wind and some very big swell our way over the next three or four days. I’d be guessing that down south, we’re going to see some of the biggest waves of the season, if not for a few years.

Tonight there’s a 970hp low pressure system sitting about 1,000km SW of Margaret River and moving SE. By tomorrow, it’ll strengthen to around 965hp and by Sunday to about 955. That’s a seriously powerful storm.  Anyone in a vessel at sea in those sorts of conditions is going to be in for a serious fight. 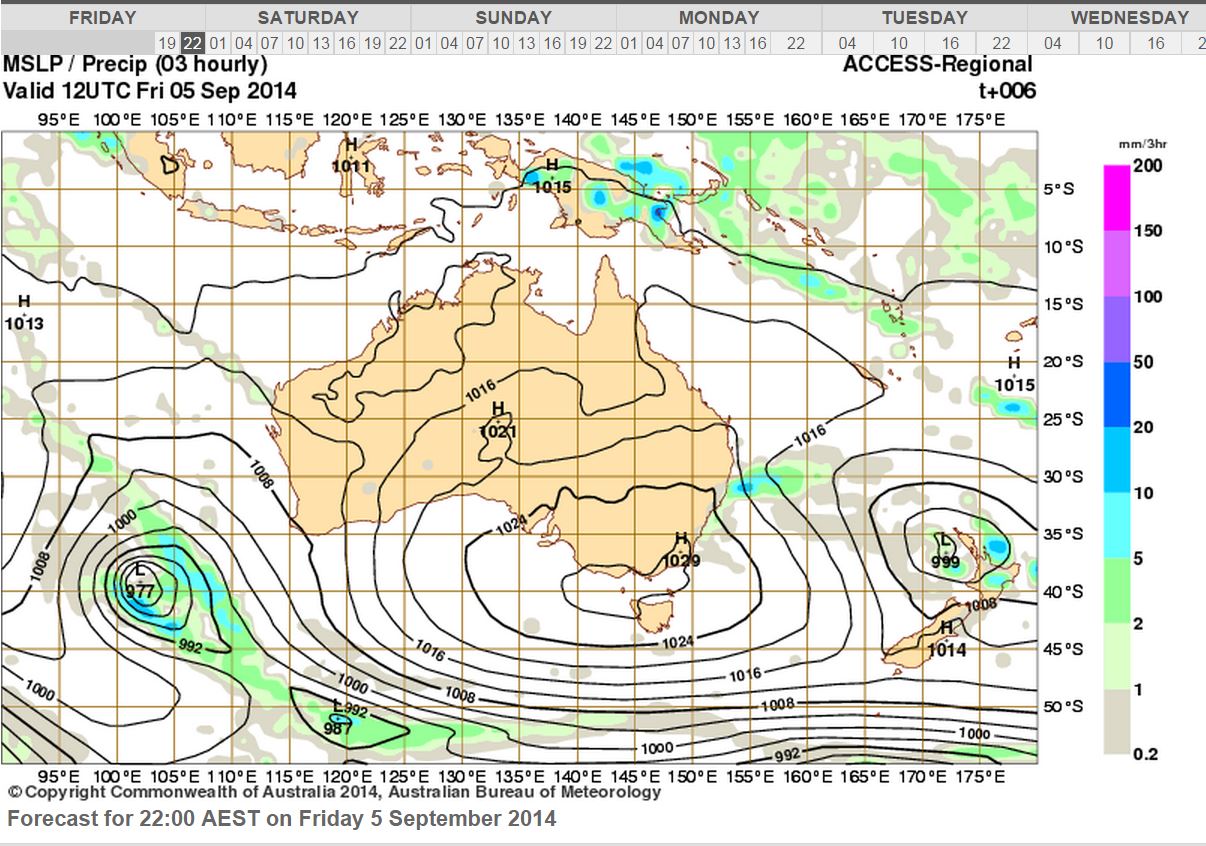 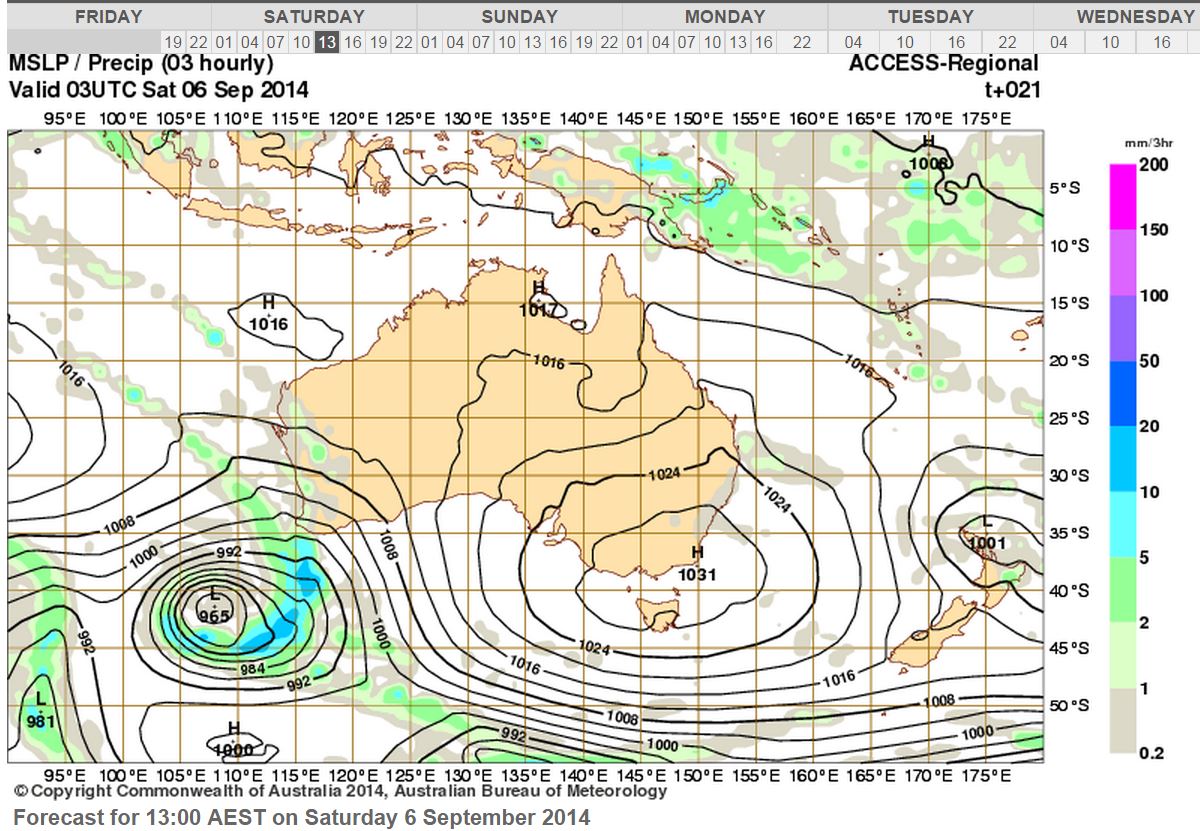 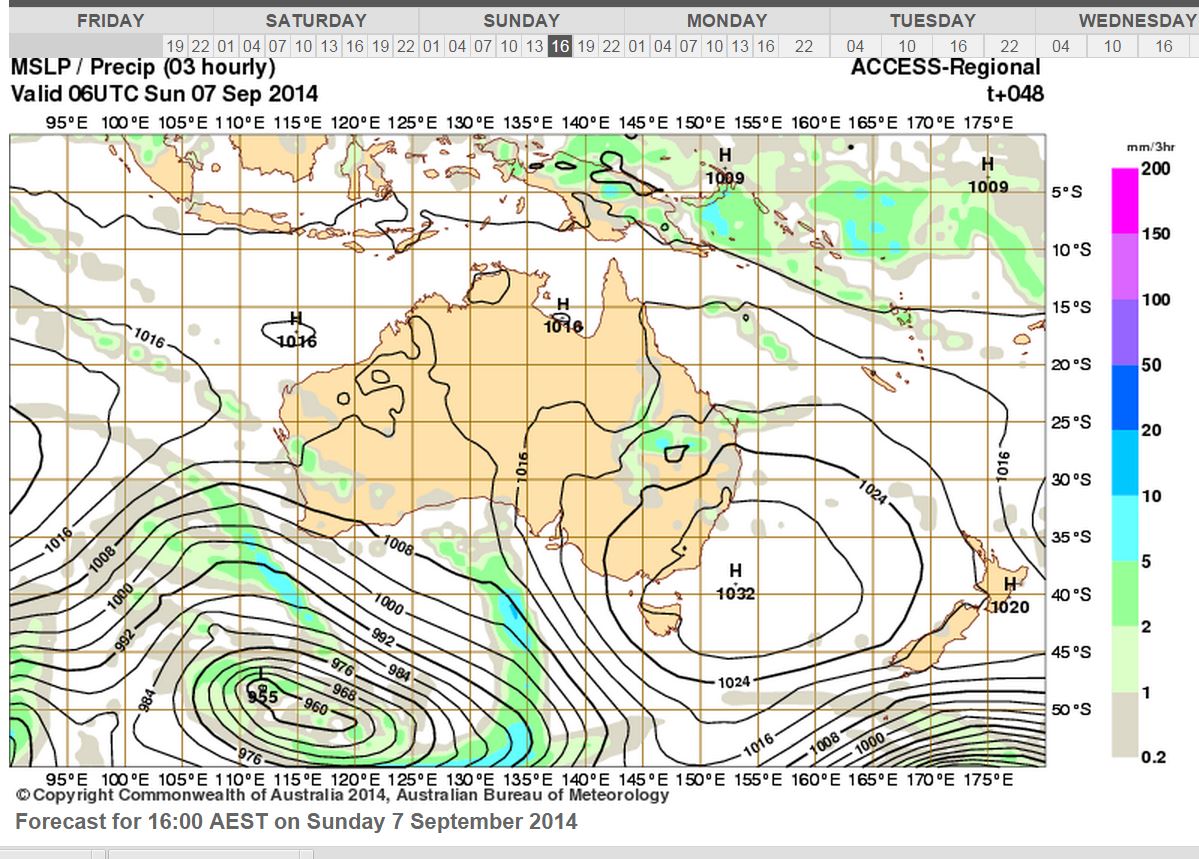 For those of us in the Mid West, that means we’ll get some rain tomorrow, swell up to 6m and winds from the West around 25 knots. By Sunday afternoon, it goes all pear-shaped with lots more rain moving in and continuing big swell and 35-45+ knot Westerlies.

So, if you are up to the task, and have a decently small kite, tomorrow afternoon looks like the best time for a shot at it. But do expect to get rained on at times.

Rain and swell continuing til about late Tuesday and the wind trailling off to about 20 knots on Monday and next to nothing by Tuesday. The swell finally fades by mid-Wednesday, along with the bad weather.

Might be worth looking at in a few instances but do take care. You do recall the tragedies that happened last year round this time. Let’s not repeat those.

Hey all, here is the video footage from the SUP session from the last day of winter! It’s pretty awesome to see how much punishment those fanatic boards and the boys can take!

Big uop to Andrew F for cutting the footage

So, on Sunday I get a call from Andrew Forsyth saying something along the following lines ‘offshore, big waves, sunny. Bring the Drone!’

Now I’m always up for some fun and getting some cool shots so I hooked up with the boys out at White Rock and got some great drone footage! They guys got SMASHED! kudos to all of those guys for taking some on the head. One thing the drone does is make people show off!

Here are some stills from the video, we’re editing up some shots together and we’ll post em as soon as we see it.

My personal favourites are getting a little too close to one drop in! He looked concerned.. And the 3 SUP carnage in one closeout set. Check out how high that board got! haha..

Just look at it! it’s another replay of last week almost! Last week (bar the blue-bottle stings) was awesome, I had a day off and got some of the best waves in ages at Longy / Dee Why. Then the surf jacked up, cleaned up and gave Sydney some of the best surfing conditions we’ve had in ages. Swell was still around today but smaller with a nice 4-5ft at DY point and light winds keeping it super clean.

Now, this week looks like a repeat, as long as we’re not looking at too much west then it’s going to be a cracker! BIG surf forecast so if you aren’t up-to scratch then maybe hit the bays and harbours for safety until it backs down a bit. I’ll be hitting the surf if I can early in the mornings before work.

IF ANYONE HAS A JETSKI AND WANTS TO COME GET SOME SICK WAVES AND FOOTAGE LET ME KNOW ASAP!!